The team members of the URSACHEN project, a collaborative project between the German Federal Institute of Hydrology and International Centre for Water Resources and Global Change, have conducted their first sampling campaign. URSACHEN investigates the uncertainties in river load estimations caused by the spatial and temporal variability of suspended solid concentrations and their chemical composition. 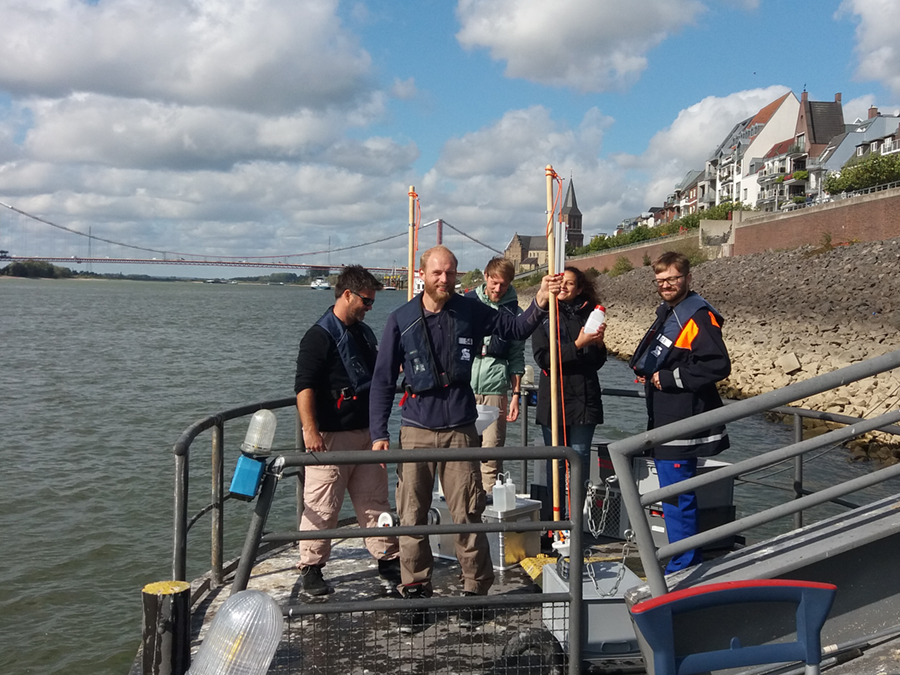 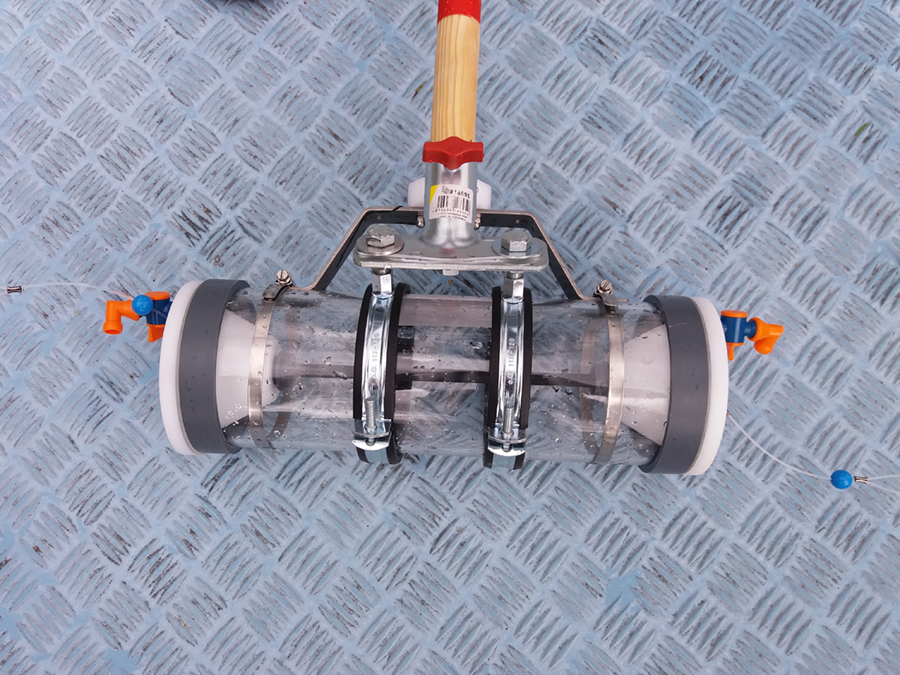 The temporal variability campaigns were conducted at all 3 focus locations (Koblenz, Brohl, Emmerich; figure 1), at low river discharge in the Rhine. The URSACHEN team members were to take river water samples at 15 seconds intervals for a duration of 10 minutes. The 2L samples needed to be split over two sample bottles while the sediment was still in suspension. Two different BfG sections would then analyse the two bottles as to their sediment concentration, grain size distribution and chemical composition. 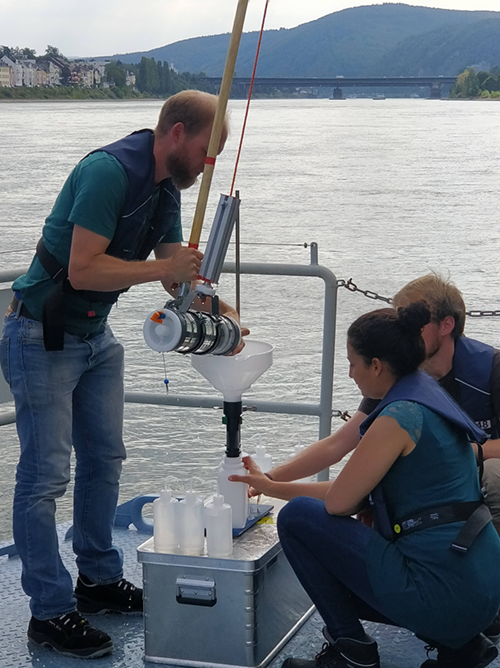 This sampling set-up required a smooth-routine, with 6 persons involved. Two persons took samples using Van Dorn bottles. These special Van Dorn bottles allow water sampling with limited disturbances of the water flow and its turbulences. The Van Dorn bottles are tubes with 2 lids on both sides that can be opened (picture 2). When a weight hits the Van Dorn sampler’s closing mechanism, the lids automatically close. After taking the sample, it was poured in the funnel connected to a sample splitter separating the sample in two representative portions (Figure 3). Next, the lids needed to be opened again for the next sample. 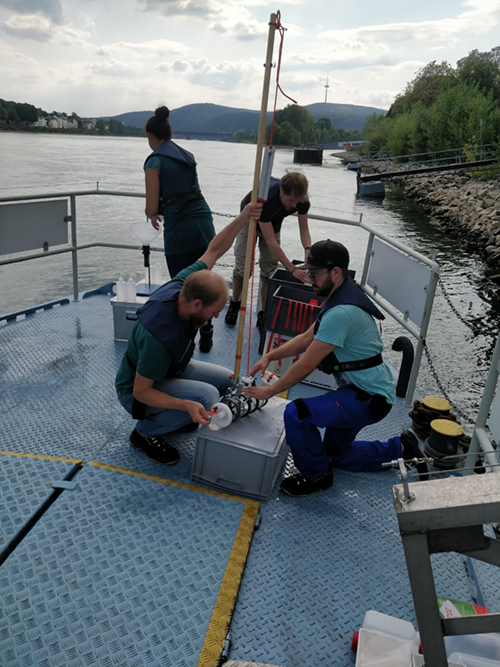 The URSACHEN team will repeat this sampling campaign at average and high river discharge. As mentioned above, the spatial variability campaigns will start soon, where river cross-section samples will be taken from the Rhine at Koblenz, Brohl and Emmerich.