The IHP Danube has recently published a Monograph of the Flood Regime of River Danube and its catchment. Below please find a brief summary of its content. 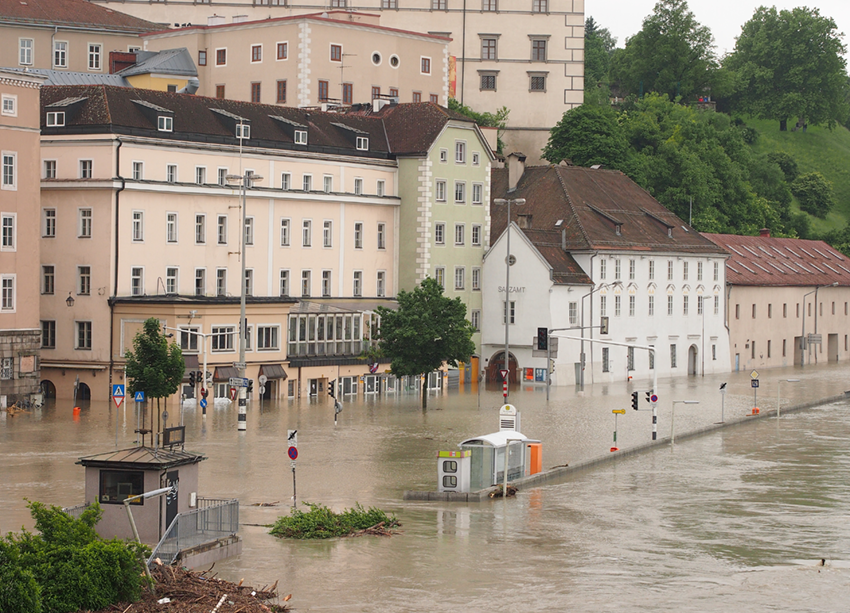 It is perceived that extreme climatic and hydrological events have become more frequent in recent years. There are suggestions that this phenomenon may be caused by man-induced global warming. This perception is in some cases supported by scientific evidence, but still not widely recognised. Trends in fluvial flooding are rather difficult to detect, as changes in factors such as land use, reservoirs, drainage or flood alleviation schemes will impact on the flood regime in addition to climate-related changes.

Against this background, a new study has appeared, focusing on flood characteristics and analysing the evidence of changes in flood regimes of rivers in the Danube River basin. The authors have assessed the flood phenomena in the Danube River Basin from a long-term point of view using hydrological information from gauging stations in the whole river basin under different aspects. In addition to the documentation and investigation of historical floods, an analysis of the spatio-temporal behaviour of floods in this major catchment area has been implemented In addition, suitable evaluation procedures for the underlying extensive database have been developed, adapted and applied.

With its length of about 2826 km, River Danube is the second largest river in Europe. As many as 19 countries share its catchment area of app. 817000 km². The follow-up volume of the Danube Hydrological Monograph is a result of 10 years of collaboration of a large team of hydrologists from 11 member countries of the Danube cooperation within the scope of the International Hydrological Programme of UNESCO (IHP UNESCO).