The 40th General Conference of UNESCO from 12 – 27.11.2019 in Paris, passed decisive resolutions. The composition of the IHP Intergovernmental Council, among other things, has been newly resolved. The IHP was launched in 1974. Membership in the limited group of participants of the IHP Intergovernmental Council automatically ends after 4 years. This year, this was the case for Germany and a number of other states. Germany counts among Region 1 of the six UNESCO regions.

The re-election is an appreciation of Germany’s active role in the technical and political support of the IHP. The content of Phase 9 of IHP (IHP IX), with a term from 2022 to 2029, is just being prepared and agreed. 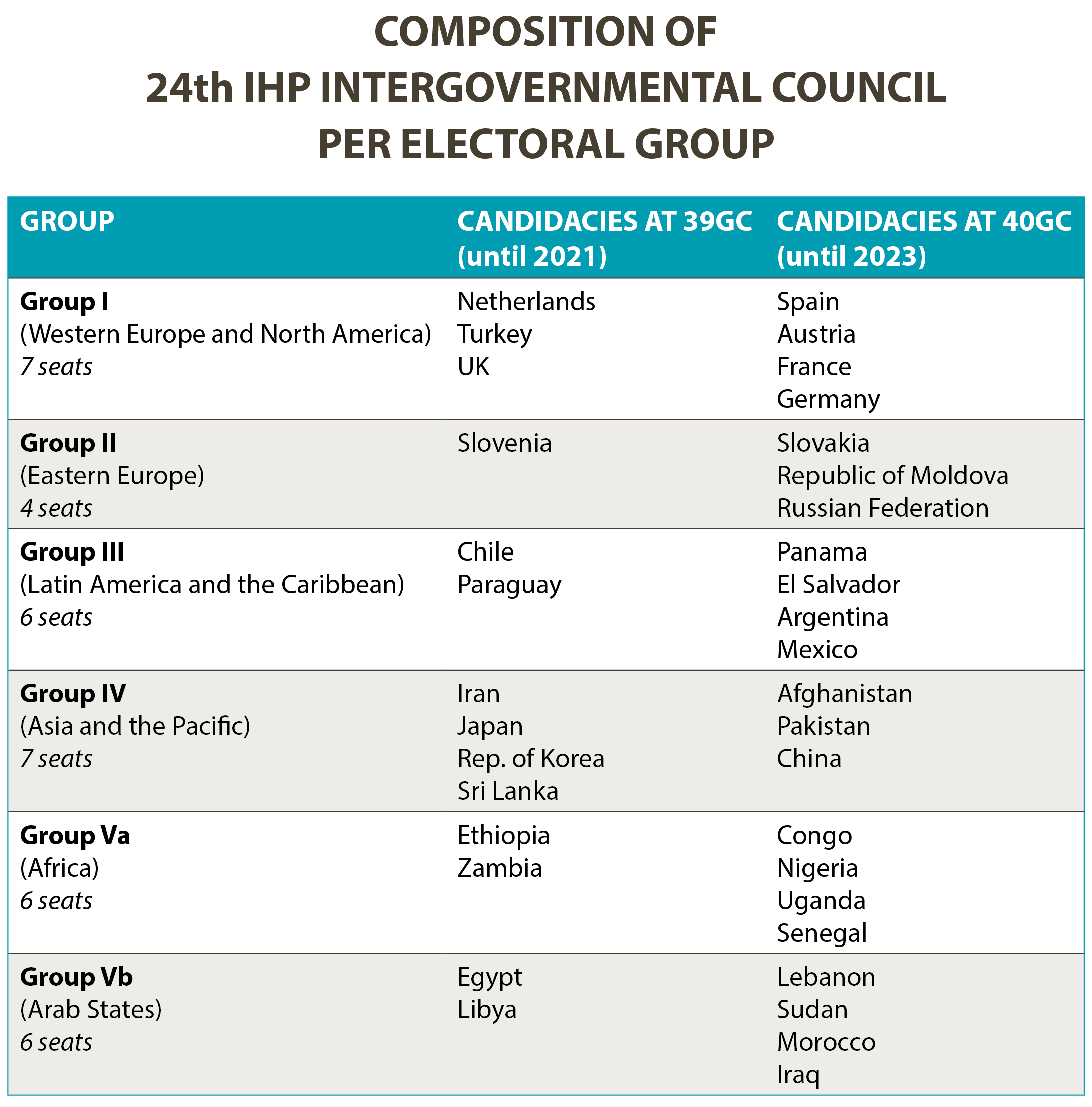